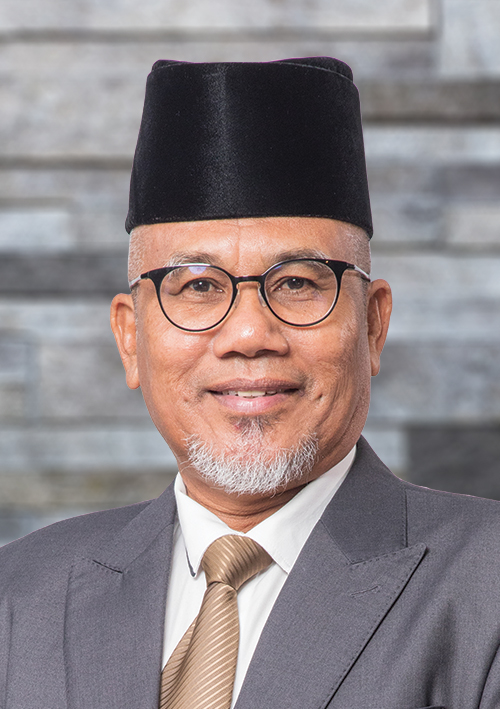 YH Dato’ Haji Ahmad Nazlan bin Idris is a Member of Parliament for Jerantut, Pahang and was the former Chairman of the Malaysian Rubber Board (MRB) from 2020 to 2021. He has also served as the Chairman of MARA Poly Tech College from 2015 to 2018 as well as a Member of FELDA Advisory Council, Board Member of Felda Global Ventures Sugar Sdn Bhd and The Farmers’ Organisation.

YH Dato’ Haji Ahmad Nazlan who served as an educator in his hometown started his career as an Assistant Teacher at SMK Kuala Tembeling before serving as a Headmaster at SK Gusai, Ulu Tembeling, SK Perian and SK Bukit Dinding, Jerantut. He continued his career as a Counseling Teacher at SMK Damak before serving as a Secondary School Supervisor, District Counseling Officer and Assistant District Education Officer (Human Development) at Jerantut District Education Office. 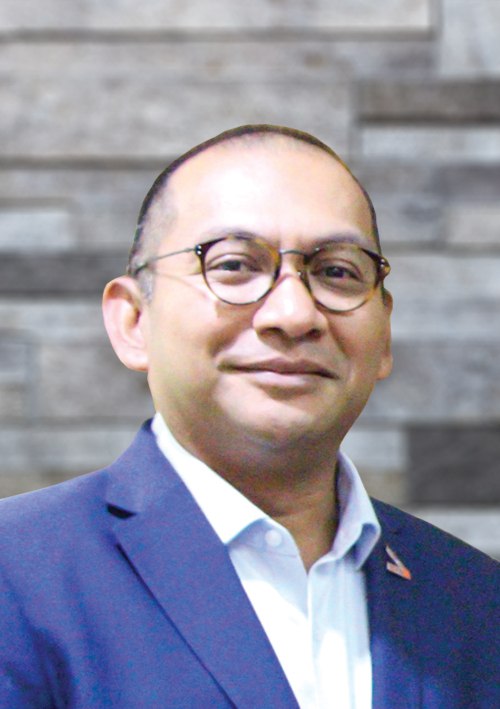 Azwan Nazri Baharuddin was appointed as PUNB Board Member on 24th September 2018.

He holds a Master's degree in Business Administration from the University of Leicester, United Kingdom and has spent over 20 years implementing, managing and consulting projects around the world, delivering business solutions to clients while growing sales.

Azwan worked in the United Kingdom and Europe for almost four years in the banking industry before moving back to Malaysia. He has held various leadership positions within Asia Pacific with Ernst & Young over the last 10 years, most recently as Partner, Asia Pacific Advisory Business Development Leader, implementing strategic initiatives to grow the business in the region.

He keeps abreast of the latest digital trends and is passionate about leveraging the potential of digital innovation for Malaysia's transformation. His interest in digital has led him to be a certified Java J2EE Programmer and an active social media influencer.

Azwan joined Accenture as its Country Managing Director in 2017 and has focused on driving digital as an industry and national transformation agenda. 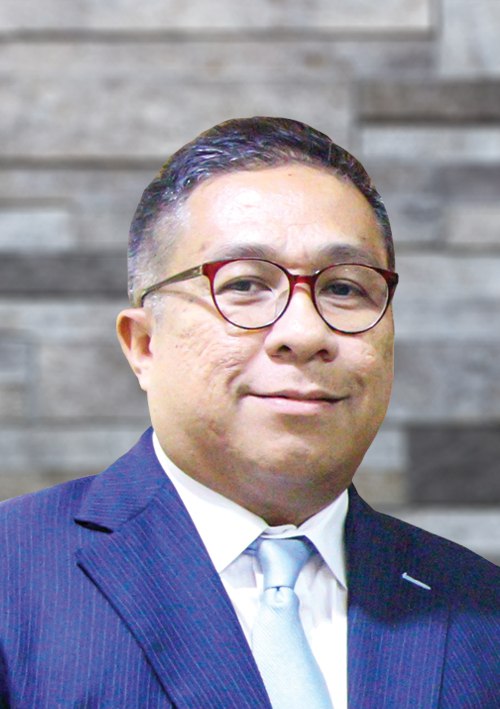 Nurjesmi Mohd Nashir was appointed as PUNB Board Member on 24th September 2018.

Nurjesmi began his career in the brokerage industry as Equity Analyst at Maybank Securities and subsequently at Arab Malaysian Securities from 1994 until 1996 after graduating from Syracuse University, New York with a Bachelor Degree in Finance. In 1996, he moved on to the banking industry and joined Citibank Berhad's SME Division before holding a succession of roles in Corporate Banking and subsequently appointed as Head of Public Sector overseeing predominantly the GLC portfolio up to 2013 at the same banking institution.

Nurjesmi has over 20 years experience in banking industry and capital markets with two leading international banks, and he is now holding a post of Executive Director, Head of Global Corporate Bank at J.P. Morgan Chase Bank Berhad. 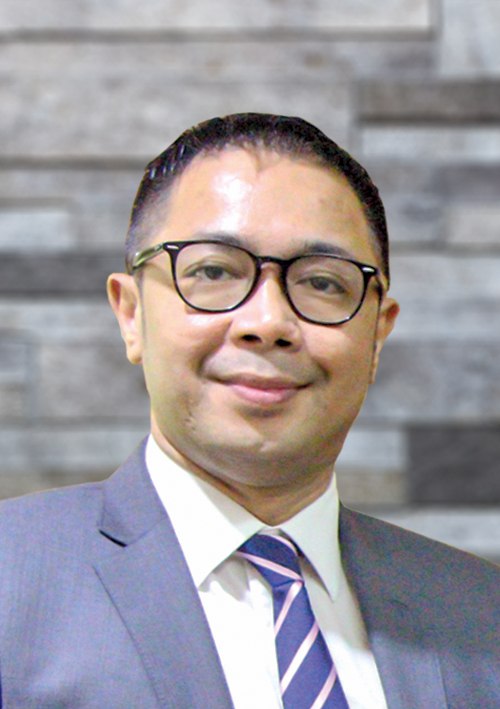 Zarir Mohd Salleh was appointed as PUNB Board Member on 24th September 2018.

Currently, he is a Managing Director of Corporate Strategy at Affin Bank Berhad. 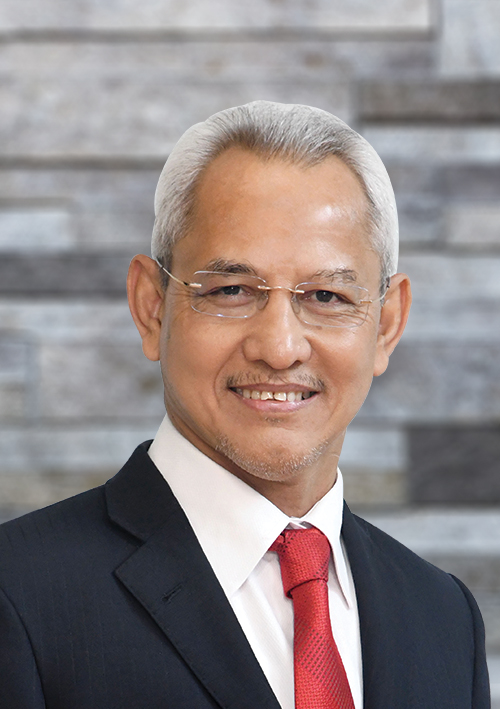 Datuk Mohammad bin Ismail was appointed as PUNB Board Member on 12th November 2019. He is the Deputy Secretary General (Management) at Prime Minister’s Department.

Datuk Mohammad began his career as the Assistant Secretary of the Treasury Division at the Ministry of Finance (MOF) in 1986 after graduating from the Faculty of Economics & Administration, University Malaya in 1985. After serving with the Treasury Division, MOF, he was promoted in June 2001 to be the Head Assistant Secretary, Federal Government Loan Management, Financial Market and Actuary Division currently known as Strategic Investment Division, MOF. He was later promoted again to become Treasury Officer for the State Government of Perlis in 2013.

After serving the Perlis state government for about three years, he was recalled to the federal government in 2016 as the Senior Divisional Secretary (Management) at Ministry of Agriculture and Agro-based Industry (MOA) where he continued his service there until March 2019. Later, Datuk Mohammad was appointed as the Assistant General Secretary, Treasury and Development Division at the Prime Minister’s Department (PMD) and as the Board of Directors for Penang Regional Development Authority (PERDA). Now, he is the Deputy Secretary General (Management) at PMD and a board member of Langkawi Development Authority (LADA), Yayasan Pembangunan Ekonomi Islam Malaysia (YaPEIM), YaPEIM Gold Sdn Bhd and PJ Perdana Management and Services Sdn Bhd.

With his vast experience of 30 years in the civil service, Datuk Mohammad had served as the Board of Director at several companies and agencies such as Amanah Ikhtiar Malaysia (AIM) from 2008 to 2010, Lembaga Pelabuhan Klang from 2000 to 2012, Forest Plantation Sdn Bhd from 2010 to 2013, Universiti Malaysia Kelantan from 2012 to 2013 and Perlis State Economic Development Corporation (SEDC) as well as Putra Palace Sdn Bhd from 2013 to 2016. He also sat as Chairman for several Perlis state Government owned companies from 2013 to 2016 such as Perlis Communication Sdn Bhd. 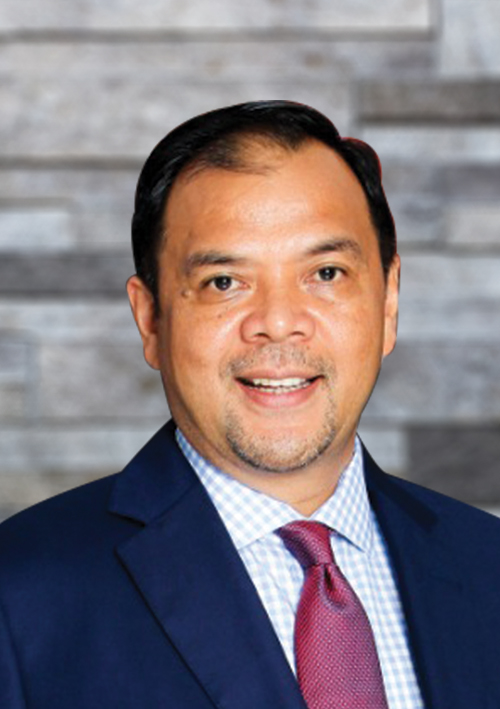 He served as the Special Officer to the Minister for Ministry of Urban Wellbeing, Housing and Local Government from 2016 to 2018. He was appointed as the Town Planning, Engineering & Infrastructure and Licensing Committee Member of Kajang Municipal Council from 2002 to 2007, Member of Majlis Amanah Rakyat (MARA) Ministry of Rural and Regional Development from 2013 to 2018, Board Member of MARA Corporation Sdn Bhd from 2017 to 2018, Advisory Committee of Lembaga Hakim Pelawat and Trustee of Yayasan Koreksional Jabatan Penjara Malaysia from 2013 to 2018.

Born in Kampung Daching, Negeri Sembilan, he graduated with a Bachelor's Degree in Business Administration from SEGi College, Kuala Lumpur.

His vast experience in entrepreneurship has qualified him to hold various positions such as Chairman of Compact Vision Sdn Bhd, Managing Director of Shemaz Johan Enterprise Sdn Bhd and Director of Intelek Kekal (M) Sdn Bhd (Subsidiaries of Metro Kajang Group Public Listed Company). He was also appointed as the Chairman of Selangor Bumiputera Consortium Association for Solid Waste Disposal and Cleansing (PERKASA) from 1999 to 2008 to guide solid waste contractor entrepreneurs in Selangor.

He was also appointed as a Member Majlis Amanah Rakyat (MARA) responsible for overseeing the main portfolio under the Ministry of Rural and Regional Development from 2013 to 2018 as well as conducting the Student Engagement visits to 4 countries in India, Australia, United Kingdom and Russia to visit MARA sponsored children in rural areas.

Currently, he is the Chairman of the Board of Visitors, Kajang Hospital. 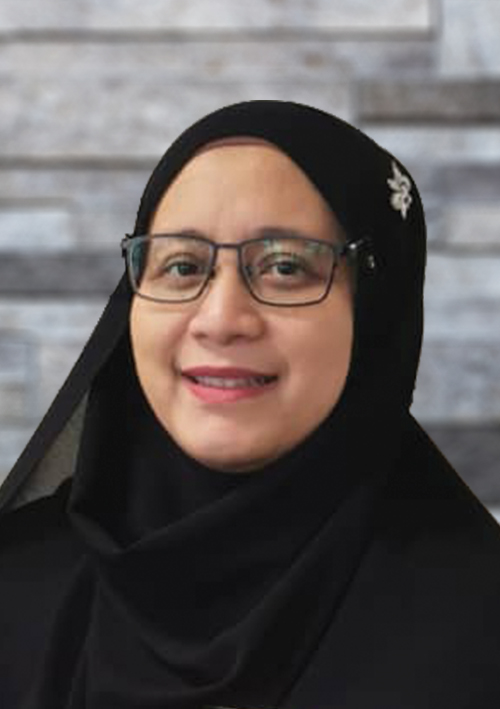 Sharifah Wahaida Lailatul Syed Hassan Sagaff was appointed as a Board Member of PUNB effective 10 March 2021.

Sharifah graduated with a Master’s degree in Business Administration from the Universiti Putra Malaysia (UPM) later served in the Ministry of Information before moved on to Radio Television Malaysia (RTM) in 2009 as Deputy Director, Administration, and Finance Section. She had also served the Ministry of Housing and Local Government as the Deputy Secretary Division, Training, and Competency, Human Resources Division before joining the Ministry of Finance in 2014 as Senior Principal Assistant Secretary, Policy Section, Investment Policy Sector in the Strategic Investment Division. Currently, Sharifah is the Deputy Secretary Division, Investment Management and Monitoring Section in the same division.

Throughout her career, she has been conferred the Ahli Mangku Negara (AMN) in 2015 and held several positions on behalf of the Ministry of Finance, amongst others were Investment Committee of Malaysian Timber Certification (MTCC), Committee of Kumpulan Wang Industri Elektrik (JKWIE), a board member of Johor Biotechnology and Biodiversity Corporation as well as Forest Plantation Development Sdn Bhd. 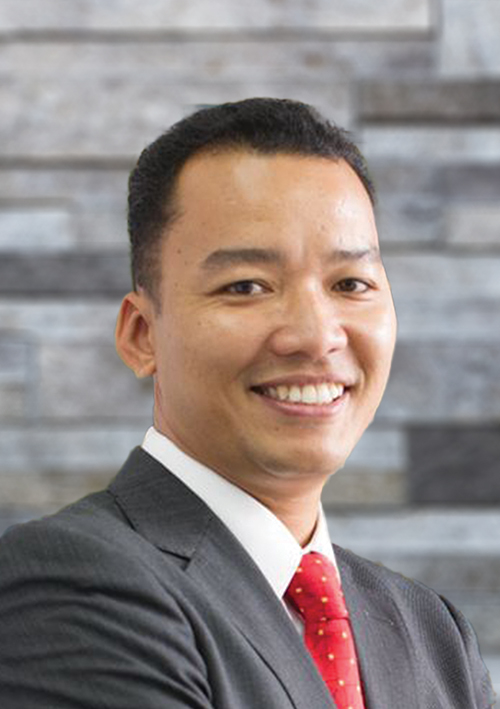 YB Haji Anuar served as Member of Parliament for Sekijang, Johor from 2013 to 2018 and was recently appointed as the State Assemblyman for Pemanis, Johor after winning the Johor State Election 2022.

His experience in management while active in activities involving youth and Felda, has qualified YB Haji Anuar to be appointed as a Board Member of the Institut Sukan Negara in 2012, Koperasi Permodalan Felda 2 Berhad and three subsidiaries of FGV Holding Sdn Bhd, namely Delima Oil Product Sdn Bhd, Felda Security Sdn Bhd, and Felda Johor Bulkers Sdn Bhd. He was also appointed as the Chairman of the Koperasi Majlis Belia Felda Malaysia Berhad.